The origin of COVID: Did people or nature open Pandora’s box at Wuhan? By Nicholas Wade | May 5, 2021

The COVID-19 pandemic has disrupted lives the world over for more than a year. Its death toll will soon reach three million people. Yet the origin of pandemic remains uncertain: The political agendas of governments and scientists have generated thick clouds of obfuscation, which the mainstream press seems helpless to dispel.

In what follows I will sort through the available scientific facts, which hold many clues as to what happened, and provide readers with the evidence to make their own judgments. I will then try to assess the complex issue of blame, which starts with, but extends far beyond, the government of China.

There’s been a lot of buzz about former NYT journalist Nicholas Wade’s article on the origin of the Covid-19 virus. Much of the discussion revolves around his claim that the virus was probably created in a Chinese lab, and then accidentally infected several researchers who worked there. In fact, the article contains a far more explosive accusation.

When Nicholson Baker wrote a cover story for New York laying out the evidence that COVID-19 may have originated in a lab in Wuhan, China, the hypothesis was still highly controversial. In the months that have followed, and especially over the last week, it’s gained more and more credibility. A week ago, 18 prominent scientists signed a letter published in Science calling for an open investigation into the virus’s origins. This weekend, the Wall Street Journal reported that U.S. intelligence believes three researchers at the Wuhan Institute of Virology became sick enough in November 2019 to require hospitalization, lending even more credence to the possibility of a lab leak.

The hypothesis is far from proven. But this account of the virus’s origins is highly plausible, and at least as well-grounded as the original story of an infection that naturally leapt from a bat to a person.

As I believe I have said before, I spent the month of February 2020 intensely focused on covering the seemingly imminent victory of Bernie Sanders in the Democratic Party’s presidential primary. I dedicated approximately 0% of my journalistic energy to covering what was, in retrospect, the clearly more significant story of a novel coronavirus outbreak starting in Wuhan, China and clearly spreading to other parts of the world.

Report from the Swiss Delegation about Camp Upton 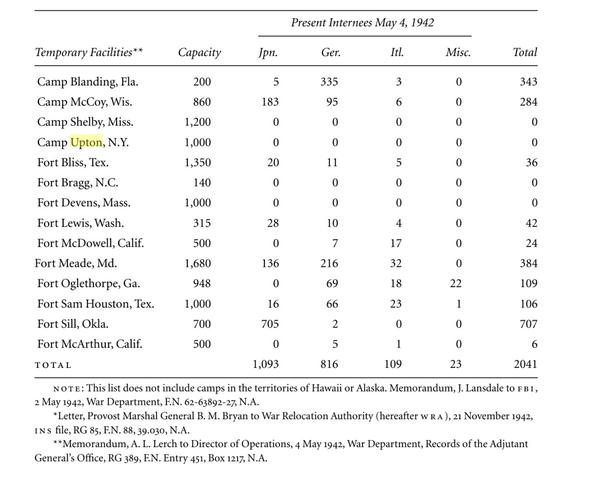 Micah Culver Schoettle is from an influential Northern Kentucky family. His mother Deborah Jo Durr is is president of Richwood Manor, a horse farm. His stepfather R.C. Durr was a well-known businessman, horseman and philanthropist who helped found the Bank of Kentucky. 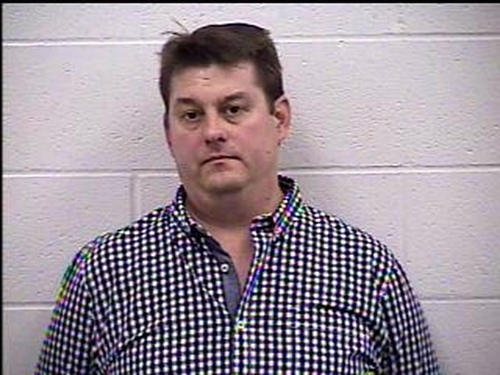 On September 14, 2016, officers from the Erlanger Police Department received a report from a middle school student that Micah Schoettle had repeatedly sexually assaulted her beginning when she was 9 years old. Detective Trisha Blake of the Erlanger Police Department was assigned to investigate. The victim was interviewed at the Northern Kentucky Children’s Advocacy Center where she described in detail the sexual assaults she endured at the hands of Schoettle.

The case was called for trial in the Fourth Division of the Kenton Circuit Court on May 29, 2018. The Commonwealth was represented by Assistant Commonwealth’s Attorneys Maria Schletker and Lawrence Hilton. The victim testified at the trial and described how the Schoettle sexually assaulted her. The other witnesses called by the Commonwealth included school resource officer Kevin Schwartz to whom the victim had originally disclosed, the victim’s mother, and Detective Blake. The Commonwealth also called Dr. Kathi Makoroff from Cincinnati Children’s Hospital Medical Center and Dr. Stuart Bassman, who specializes in the psychology of sexual assault. Prior to Bassman’s testimony, a Daubert hearing was conducted in which the Commonwealth presented evidence regarding the behavioral patterns of children who have been sexually abused. The hearing was the first of its kind in the Commonwealth and allowed testimony to be presented at trial regarding delayed disclosure in cases of child sexual abuse.

On July 24, 2018, the case was called for formal, final sentencing. Kenton Circuit Judge Patricia M. Summe heard arguments from the Commonwealth and the Defendant before ultimately following the jury’s recommendation and imposing a sentence of 23 years.

Commonwealth’s Attorney Rob Sanders applauded the work of jurors, police, and prosecutors to bring another sexual offender to justice, but also recognized the trial judge saying, “It’s incredibly important to have a judge who isn’t afraid to make difficult rulings and Judge Summe is one of the best in Kentucky!” Sanders said certain behavioral patterns by child survivors of sexual abuse are well known but, until now, had not been presented by experts in Kentucky courts. “I’m proud to employ prosecutors who are willing to use every legal tool available to fight for abused children,” Sanders said, “And Kenton County will continue to lead the way in Kentucky!”

Schoettle’s mother, Deborah Jo Durr, has served on several boards, as well as two terms on the Kentucky Legislative Ethics Commission from 2009-17. Former House Speaker Greg Stumbo, a Democrat, appointed her to the commission.

She is president of Richwood Manor, a horse farm in northern Kentucky.

R.C. Durr, Schoettle’s stepfather, was a well-known businessman, horseman and philanthropist who helped found the Bank of Kentucky and build hundreds of miles of Kentucky highways through his construction and contracting business.

Durr was appointed to the Kentucky State Racing Commission in 1980 by then Gov. John Y. Brown Jr. and was president of both the Kentucky Road Builders Association and the Kentucky Highway Division of the Associated General Contractors of America.

When he died at age 88 in 2007, he endowed a foundation in his name that still operates today, focused on causes in northern Kentucky. “I would love for someone to ask Matt Bevin if he’s ever had a private meeting with Schoettle’s mom,” Sanders said.

Kentucky Registry of Election Finance records do not show any donations from the Durrs to Bevin’s campaign. But Sanders said he would like to ask Durr if she has given donations to groups that support Bevin.

A voicemail seeking comment from Schoettle’s mother was not immediately returned.

A man who answered the phone associated with Schoettle on Tuesday and responded to the name Micah disconnected the call.

The teenager who said she was abused, now age 16, said she had been excited to shake hands with Bevin in August when he toured her school. Now, she feels he made rash decisions — including pardoning several murderers — that hurt her and many others during a “temper tantrum” over losing his bid to remain governor.

Her mother said the teen is more hurt that she admits over Bevin’s social media posts essentially calling her a liar. The teen told The Courier Journal, “I try not to take it personally. He doesn’t know me.”

The Courier Journal typically does not identify victims of sexual abuse and is not naming the girl or her mother to protect the teen’s identity.

The teen said it was difficult to find the courage to report the abuse when she was 12 to a school resource officer in middle school and then tell police investigators. She told detectives in September 2016 that she was scared but didn’t want her younger siblings or anyone else to be abused, according to police investigatory records provided to The Courier Journal.

The records show that when Schoettle was interviewed by a detective and confronted with the abuse allegations, he became “upset.” He expressed concern to the officer that someone may have coached the girl regarding the accusations against him, according to a police summary of an interview with Schoettle.

After talking briefly to investigators, Schoettle said his attorney didn’t want him to talk anymore.

During the 2018 trial, the girl — then age 14 — testified for hours detailing the years of abuse. Schoettle testified that she was a troubled teen who lied.

Man Gets 23 Years for Rape of Minor

Welcome to WordPress. This is your first post. Edit or delete it, then start writing!